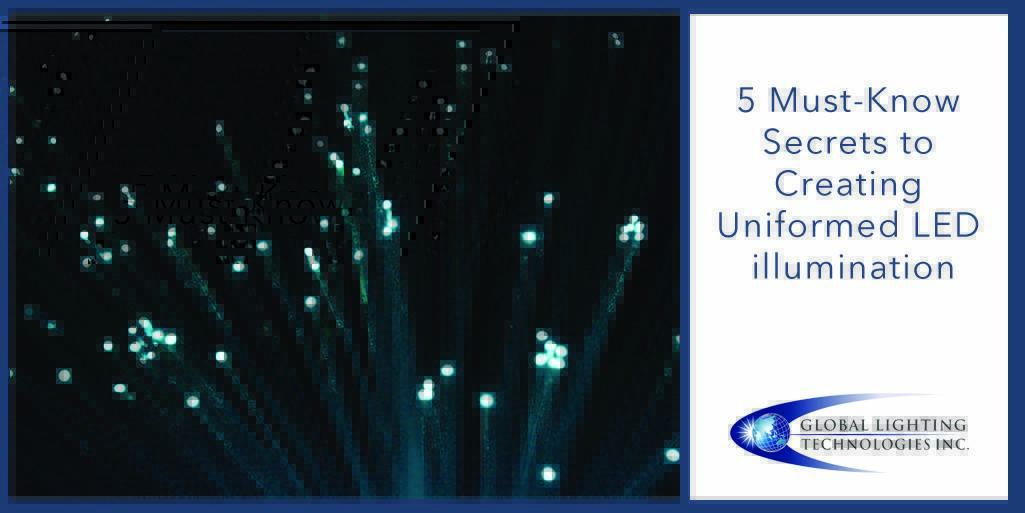 There are many factors that influence the success of your new illumination system. Power and efficiency of the light source, as well as the size of the display, are always top priorities for many customers. However, one area that is often overlooked, yet extremely impactful on end results, is light uniformity. Check out our top five secrets for achieving uniform LED illumination.

As illumination experts, Global Lighting Technologies can help you identify the solution that makes sense for you. Contact us today.